Dirk is a director, writer and producer with wide international experience in  the Middle East, the Maghreb and Africa. Dirk's last film is the feature documentary 1979 BIG BANG OF THE PRESENT about the dramatic year that gave birth to the 21st century and our modern era.

After the era of 'Swinging Addis' was killed by the grim Marxist regime of the 'Derg', it took until the 21st century that a new generation of young Ethiopian musicians began to fill the void. This is their story, their music, and a declaration of love to Addis Ababa.

A rare glance into Kashmir, one of the world's most remote and inaccessible regions in the North of India. Much of the people's life happens on water. This film is offers a glimpse into the unknown floating world of the "hangi", the water-people of Kashmir. 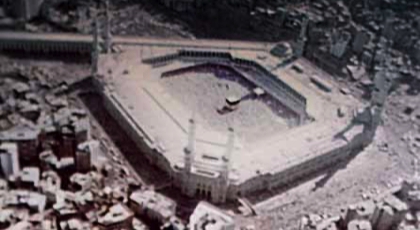 THE SIEGE OF MECCA

A series of artistic short films commissioned by a major surveying company about the shift from oil to alternative energy in Saudi Arabia, filmed in some of the remotest areas of our planet.

The new instalment of our journey into the Origins of Music ("guzo" in the Amharic language means "the journey") with world-famous pianist Samuel Yirga. This time we travel to Gondar and the unexplored troubadour villages 850 kilometers north of the capital Addis Ababa.

Uncovering the origins of our current era, showing never-before-seen footage and protagonists that made world history from a time that was the Big Bang of our present, this film takes audiences on a rollercoaster ride into the year 1979.

The world's first investigative documentary into the battle for Islam's holiest shrine that cost thousands of lives, shook Saudi Arabia to its foundations, pushed the global balance of power to the brink of collapse and marked the beginning of religiously motivated terrorism.